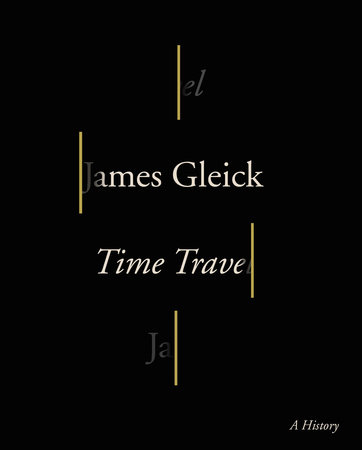 a review of Time Travel: A History, by James Gleick
Time Travel: A History, could have been pretty short. After all, to quote physicist Stephen Hawking, “The best evidence we have that time travel is not possible, and never will be, is that we have not been invaded by hordes of tourists from the future.”
But instead of restricting himself to an examination of actual time travel, Gleick leads us through a history of the concept of time travel, which is strikingly modern. Before H.G. Wells, authors and their protagonists dreamt of the past and the future, but no one actually traveled there. Then we leap into a deep discussion of time itself, of memory, and of our dreams of the past and the future. We survey literature, from pulpy short stories of the 1920s and 1930s in such august publications as Amazing Stories and Science Wonder Stories to the novels of authors ranging from Jules Verne and Philip K. Dick to Jorge Luis Borges and Virginia Woolf. We swim through the treatment of time travel in film, from Twelve Monkeys to Back to the Future to Midnight in Paris. In time, we jump from Augustine writing in the fourth century to Dexter Palmer’s 2016 novel Version Control. We hear extensively from physicists and philosophers.
This book blew my mind 30 times and I loved it. I highly recommend it, even if you don’t have an inherent interest in science fiction (or the scientific novel, or the hypothetical novel, or the scientific-marvelous novel, or scientifiction, all of which the genre has been called, as we learn in this book).
A few bits that I liked:
A few other reviews:
I listened to the audiobook, narrated by Rob Shapiro. It was well done.

1 thought on “dive into this dizzying survey of time travel, time, memory, dreams, by way of literature, film, philosophy, and physics”

Leave a Reply to I Read or Listened to 36 Books in 2016: The Best and the Rest – siphoning off a few thoughts Cancel reply